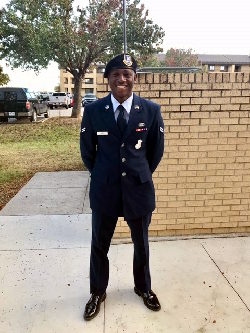 Airman First Class Ashanti Jones is a 2017 graduate of Riley High School and a former student of the Freedman Academy.
Working with his mentor, Ashanti developed a plan that would combine his desire for military service and his interest in a law enforcement career.