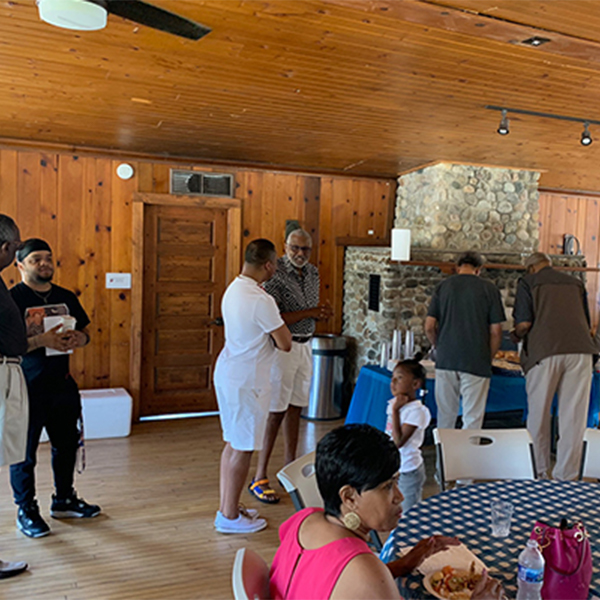 UP CLOSE AND PERSONAL: THE 100 GATHERS AGAIN

After more than a year of enforced isolation, the 100 held its first in-person gathering of the post-pandemic era on Saturday, June 5. About two dozen members, along with spouses, families and friends, ate, drank and made merry while paying tribute to our departed brother Robert Smith.

Organized by the Membership Committee, the Robert E. Smith Spirit of Commitment Event was held at Merrifield Park in Mishawaka. The committee hopes to make the event an annual one, celebrating Brother Smith’s devotion to the 100 and a host of other civic and community organizations.

Geovanny Martinez, chairman of the Membership Committee, took the lead in organizing the event. He was assisted by several other brothers, including board member Desmont Upchurch, VP for Operations Wilbur Boggs, VP for Administration William Houston, committee members Isaac Hunt and Carl Buchanon, and founding president Arnold Sallie. (Posted June 9, 2021) 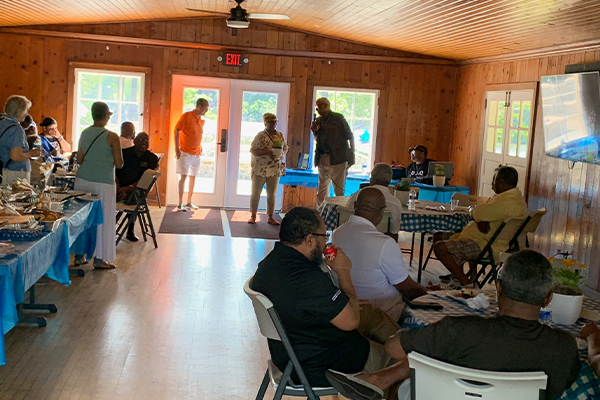 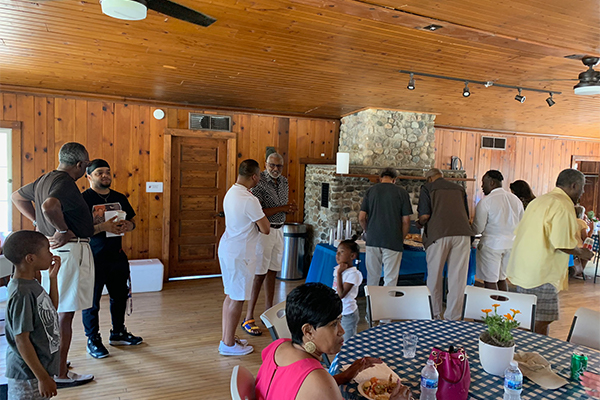